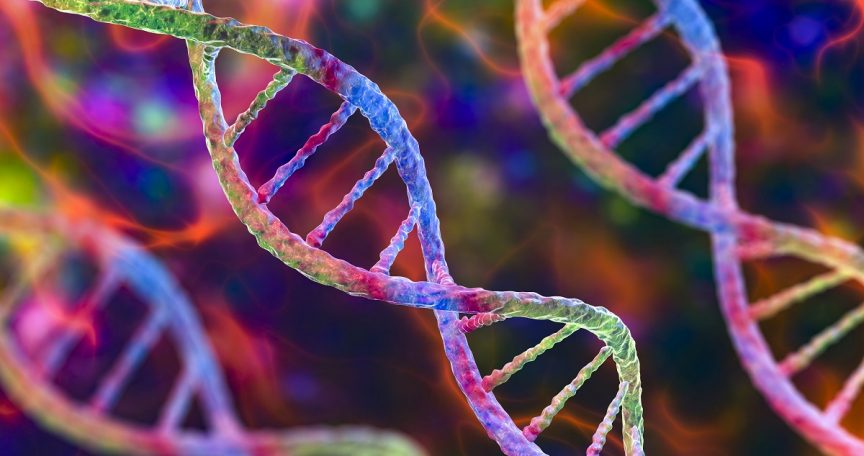 Idiopathic hypersomnia (IH) is a rare heterogeneous disorder characterized by prolonged and disabling excessive daytime sleepiness (intolerable sleepiness in the daytime)1. Patients with narcolepsy type 1, which is a well-recognized type of central disorders of hypersomnolence, exhibit excessive daytime sleepiness, cataplexy (sudden loss of muscle tone in response to strong emotion), and abnormal rapid eye movement (REM) sleep. However, patients with IH do not display cataplexy or REM sleep abnormalities. The onset of IH is most frequently during adolescence or young adulthood2. IH is a rare disease and is estimated to affect approximately 0.005% of the general population3. However, the exact prevalence of IH remains unknown due to the absence of epidemiological studies. A high proportion of IH patients (26.9–39.1%) reported a family member with excessive daytime sleepiness3,4,5. The human leukocyte antigen (HLA) class II region is strongly associated with narcolepsy type 1 and type 2. Genome-wide association studies (GWAS) of narcolepsy type 1 have identified more than 10 genomic loci involved in immune and metabolic pathways6,7,8. When the 2009 influenza A (H1N1) pandemic was declared, the AS03-adjuvanted vaccine Pandemrix was used in several European countries. A significant association between the onset of narcolepsy type 1 and exposure to Pandemrix in children and adolescents was reported in Finland and Sweden9. A GWAS of Pandemrix-associated narcolepsy type 1 was performed, and GDNF-AS1 was identified as a novel genetic factor10. Kleine-Levin syndrome (KLS) is a rare sleep disorder characterized by recurrent episodes of hypersomnia and is associated with cognitive disturbances and behavioral abnormalities. A GWAS of KLS found a significant association with variants in TRANK1 region and links between KLS, circadian regulation, and bipolar disorder11. Meanwhile, no significant associations between IH and HLA have been observed12, and no other genetic variants associated with IH have been clearly identified13. Thus, the underlying genetic contribution to IH is poorly understood.

Orexin, also known as hypocretin, is a neuropeptide that regulates sleep-wake cycles and REM sleep14,15,16. Narcolepsy type 1 is caused by the loss of orexin-producing neurons in the hypothalamus, leading to low or undetectable levels of orexin-A in the cerebrospinal fluid (CSF)17,18. Rare missense mutations in MOG and P2RY11 have been reported to be associated with narcolepsy type 119,20. However, pathogenic mutations in prepro-orexin and orexin receptor-1 (OX1R) and -2 (OX2R) were not identified in patients with narcolepsy type 1, except for one rare severe case18,21. Previous studies have reported that postnatal cell death of orexin-producing neurons in narcolepsy is associated with cell type-specific autoimmune targeting22,23. Unlike patients with narcolepsy type 1, patients with IH show normal levels of orexin-A in the CSF. Therefore, orexin signaling system in IH has been believed to be normal24. Genetic variants in prepro-orexin, OX1R, and OX2R have not been studied in IH. Orexin is a master regulator of sleep, and we hypothesized that genetic variants may exist that affect the protein structure or its function.

In this study, we focused on rare missense and loss-of-function variants in prepro-orexin, OX1R, and OX2R to search for genetic factors of IH because no significant associations with common variants in these gene regions were observed in our GWAS13. IH has been reported to be clinically heterogeneous25. To identify rare genetic variants associated with IH, we conducted an association study between IH and genetic variants selected by variation screening in exons of these genes in the Japanese population, which is relatively homogeneous.

A flow diagram of the study design is shown in Supplementary Fig. 1. For prepro-orexin, OX1R, and OX2R, variation screening of 195 patients with IH identified only one rare missense variant in prepro-orexin through the filtering process (see Methods) (g.42184347T>C; p.Lys68Arg; rs537376938). Then, we performed an association study between IH and p.Lys68Arg in 8380 controls and 440 patients with IH including the 195 patients with IH analyzed in the variation screening. The minor allele frequency (MAF) of p.Lys68Arg was 1.59% in the IH group and 0.30% in the control group, showing a significant association (P = 2.5 × 10−6, odds ratio = 5.40) (Table 1). We next assessed p.Lys68Arg in an independent set of 158 patients with IH and 1446 controls as a replication study. As a result, the p.Lys68Arg variant was replicated successfully (P = 6.0 × 10−3, odds ratio = 4.62) (Table 1). In the combined sample, the MAF of p.Lys68Arg was significantly higher in patients with IH than in controls, demonstrating a strong susceptibility to IH (MAF of 1.67% in cases versus 0.32% in controls, P = 2.7 × 10−8, odds ratio = 5.36) (Table 1). In contrast, no significant association between narcolepsy (type 1 and type 2) and p.Lys68Arg was observed (Supplementary Table 1). All patients with this mutation were heterozygous carriers. Clinical polysomnography (PSG) and multiple sleep latency test (MSLT) variables were available in a subset of our IH patients, and therefore, we compared these clinical data to find characteristic changes in patients with this orexin mutation (Table 2). Subjective sleepiness as evaluated with the Japanese version of the Epworth Sleepiness Scale (JESS) scores in unmedicated conditions and arousal index were nominally higher in the orexin mutation-positive patients (P = 0.049 and P = 0.046, respectively), suggesting that mutation-positive IH patients suffered more sleepiness and sleep instability similar to orexin-deficient narcolepsy type 1. Then, excluding patients who had periodic limb movement index (PLMI) ≥ 15 events per hour in adults, PLMI ≥ 5 events per hour in children, or apnea hypopnea index ≥5 events per hour, which may be associated with sleep problems at night, the remaining 317 patients with IH were analyzed for association with p.Lys68Arg. The variant also showed a significant association with these 317 patients (P = 8.5 × 10−8, odds ratio = 7.13) (Supplementary Table 2). We searched for MAFs of p.Lys68Arg in populations other than the Japanese population using whole-genome sequencing data of the Han Chinese Genomes Database (PGG.Han) and Genome Aggregation Database (gnomAD)26,27. The MAFs in the Han Chinese, European (non-Finnish), African, and European (Finnish) populations were 0.34%, 0.013%, 0%, and 0%, respectively. Next, we performed a principal component analysis (PCA) to determine whether population stratification or differences in the genetic background are present between the orexin mutation-positive and -negative IH groups. Genome-wide single nucleotide polymorphism (SNP) data in patients with IH (13 orexin mutation-positive patients and 116 orexin mutation-negative patients) and HapMap samples were utilized for the analysis. Our samples clustered in the JPT (Japanese in Tokyo)/CHB (Han Chinese in Beijing) cluster and separately from the CEU (Utah residents with Northern and Western European ancestry) and YRI (Nigeria Yoruba in Ibadan) clusters (Supplementary Fig. 2). When a PCA was conducted using our samples and JPT/CHB samples, the orexin mutation-positive and -negative IH samples seemed to be equally distributed in the JPT cluster (Supplementary Fig. 3). The result suggested that an effect of population stratification would be negligible in the samples. We also confirmed the absence of familial relationships among the mutation-positive patients using identity-by-descent (PIHAT) values (<0.1) calculated from the genome-wide SNP data.