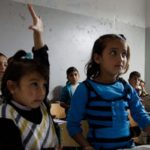 1. This retrospective analysis of college students demonstrated a relationship between adverse childhood experiences and sleep disorders such as insomnia and sleep difficulties.

2. There were no differences in the relationship between adverse childhood experiences and sleep health between difference races/ethnicities and between sexes.

Adverse childhood experiences (ACEs) have been studied in-depth regarding their poor health outcomes in individuals later in life. They have been noted to show patterns of association with having sleep health issues in adulthood. Disorders of sleep and sleep difficulty can consequently evolve into other poor health outcomes in mental and physical health. This is especially burdensome for post-secondary students; as such, this retrospective study assessed whether the patterns of ACEs and poor sleep exist in post-secondary student populations.

Results showed significant patterns in ACEs and sleep issues amongst post-secondary students. The study showed increased risks of sleep difficulties and disorders in students that experience both maltreatment and household dysfunction during childhood, followed by maltreatment alone. Importantly, the study did not show any interaction with ACEs and race/ethnicity or sex in a multivariate analysis. However, this study was limited due to a risk of response bias that may underestimate the actual ACE incidence, and a self-reporting bias that may not accurately evaluate the severity of sleep disorders amongst post-secondary students. Nonetheless, this study was significant as it further strengthened the association between ACEs and sleep issues, which may help encourage earlier identification and interventions of ACEs in childhood.

Click to read the study in Journal of Sleep Research