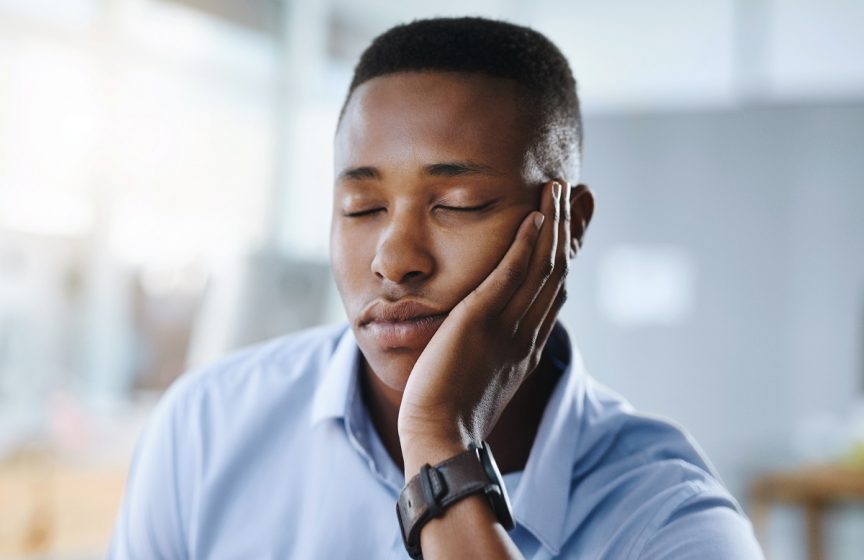 The daytime symptoms of NT1, NT2, and IH overlap and include daytime sleepiness, fatigue, and related cognitive difficulties. However, these disorders differ by self-reported and objective aspects of sleep disturbance and sleep quality [3–5]. For example, disrupted nighttime sleep is common in people with narcolepsy [6] and refers to the presence of frequent brief awakenings from sleep [7]. NT1 is caused by near-complete loss of the orexin-producing neurons, and orexins are essential for stabilizing wake and sleep [8]. Specifically, people with NT1 have more wakings on nocturnal polysomnograms (PSG) than controls [9–12], and fragmented sleep also occurs in mice lacking the orexin neurons [13]. People with NT2 also report disrupted sleep [14], but they seem to have the same number of wakings on PSG as controls [9], perhaps because they do not lack orexins [15]. Finally, people with IH generally report long sleep times, few wakings, profound sleep inertia, and nonrestorative sleep [6, 16]. Objectively, people with IH have fewer arousals [17] and higher sleep efficiency [18] than controls on PSG, but the number of nocturnal wakings does not differ [9]. The pathophysiology of IH is unknown but researchers hypothesize that it could be due to the potentiation of GABA receptor signaling [19–21] or a prolonged circadian period length [22]. In either case, sleep would not be expected to be disrupted by excessive arousals or wakings. Thus, it would seem that the underlying disease mechanisms for NT1, NT2, and IH may produce distinct nocturnal sleep phenotypes.

Knowledge of the nocturnal sleep phenotypes of these CNS disorders of hypersomnolence could be clinically useful. It is often challenging to determine if a patient has NT2 or IH as the multiple sleep latency test (MSLT) is not reliable [23, 24]. We propose that differences in nocturnal sleep stability may provide objective, distinguishing characteristics to distinguish between NT1, NT2, and IH, aiding the clinical diagnosis. A better understanding of which features of sleep stability differ from subjectively sleepy controls and between hypersomnia conditions may aid in the evolving nosology and clinical diagnosis of NT1, NT2, and IH. For instance, there is disagreement in the field regarding the diagnoses of NT2 and IH and whether these conditions should be collapsed together or if their phenotypes are distinct enough to warrant separate names [25, 26]. Finally, measures of nocturnal sleep stability may enable the identification of distinct subtypes of disorders that may benefit from sleep-based therapeutics in addition to wake-promoting treatments.

However, it is unclear which measures are best to clinically evaluate sleep stability. Clinical measures such as arousal index, wake after sleep onset (WASO), number of wakings, and sleep efficiency can reflect sleep quality and sleep fragmentation, but alone, these do not detail the dynamics of wake and sleep bout stability. Thus, it is currently unclear which sleep stages are unstable, how long wakings typically last, and how sleep changes across the night. Basic scientists have employed measures including sleep/wake bout number, median duration, and survival curves to define sleep and wake stability in animal models of narcolepsy in light and dark periods [13, 27], and these approaches may offer sensitive metrics to assess nocturnal wake and sleep stability in clinical populations. Some of these measures have been applied in clinical research of sleep disorders [28–30], but, to our knowledge, have not been used to characterize and compare narcolepsy, IH, and subjectively sleepy controls.

In this study, we compared nocturnal PSG sleep stability measures in young participants with NT1, NT2, and IH to subjectively sleepy controls aged 5- to 21-year old. We hypothesized that each condition would be characterized by distinct changes in sleep stability compared to subjectively sleepy controls as measured by number, median duration, and survival curves of wake and sleep stage bouts across the night. We predicted that compared to subjectively sleepy controls, (1) NT1 participants would have unstable nonrapid eye movement (NREM) and rapid eye movement (REM) sleep, (2) NT2 participants would have normal stability of NREM and REM sleep, and (3) IH participants would have more stable stage N2 and stage N3 sleep as they generally have high sleep efficiency and sleep inertia. We also examined sleep stability between NT1, NT2, and IH to identify findings unique to each hypersomnia. As some patients with hypersomnia sleep for very long periods and sleep changes with age, we also contrasted the first 8 hours of the PSG with results from the full sleep period and examined the effects of age and sex on wake and sleep bout survival curve measures.Go to:

We conducted a retrospective, cross-sectional study of consecutive PSGs and MSLTs ordered for evaluation of suspected hypersomnia conditions at Boston Children’s Hospital Pediatric Sleep Laboratory from 2015 to 2018. Nocturnal PSGs were rescored blinded to diagnoses in 30-second epochs as wake and sleep stages (N1, N2, N3, or REM) according to American Academy of Sleep Medicine (AASM) guidelines [31]. For each stage, bouts were defined as successive epochs of the same stage. We analyzed features of these bouts to characterize nocturnal sleep behavior for each diagnosis group. We focused the sleep stability analysis (number, survival curves, and the median duration of wake and sleep stage bouts across the night) on the first 8 hours of PSG recordings to compare groups using a standard reference period. However, we also analyzed data using full sleep time recording as sleep stability may change across the sleep period, especially among those with longer sleep durations.

Patients were either drug naïve or weaned from potential sedating, alerting, and/or REM sleep-suppressing medications 2 weeks prior to the sleep study date, slept a minimum of 6 hours during the PSG, and had no findings of obstructive sleep apnea (obstructive Apnea Hypopnea Index [AHI] ≥1/hour) [6]. Of the 125 patients screened, 107 also had routine urine drug screening in accordance with AASM guidelines [32], testing for common substances of abuse (marijuana, caffeine, nicotine, stimulants, PCP, cocaine, benzodiazepines). One control patient with positive drug screen results was excluded from the analysis, but patients with missing or negative results were included. Patient age, sex, and Epworth sleepiness score were obtained on the sleep study night, and body mass index (BMI) and symptom duration were extracted from the clinical visit records of the ordering sleep study provider.

The current diagnostic criteria for NT1 include the presence of excessive daytime sleepiness more than 3 months, the presence of cataplexy, and sleep study testing showing the MSLT mean sleep latency (MSL) of less than or equal to 8 minutes and at least two sleep-onset REM periods (SOREMPs; REM latency within 15 minutes from sleep onset). Alternatively, NT1 can be diagnosed by cerebrospinal fluid (CSF) orexin less than 110 pg/mL. In this study, two patients were diagnosed by CSF orexin testing as their sleep studies did not meet diagnostic cutoff values. NT2 diagnosis requires the presence of excessive daytime sleepiness for more than 3 months and sleep study testing showing an MSLT MSL less than or equal to 8 minutes and at least two SOREMPs (including REM sleep within 15 minutes of sleep onset on PSG). IH has broader diagnostic criteria but requires the presence of self-reported excessive daytime sleepiness. IH diagnosis can be supported by objective evidence of daytime sleepiness (MSLT MSL ≤8 minutes) or increased sleep need as shown by a total 24-hour sleep duration of at least 660 minutes on a 24-hour PSG or actigraphy data averaged across at least 7 days. In our study, all patients with IH were diagnosed by MSLT criteria except two patients who were diagnosed by long sleep times (but had normal MSLT mean sleep latencies). One of these patients slept 19.6 hours on an extended PSG. Outlier effects of this participant were assessed in our analysis. Subjectively sleepy controls in this study were patients who reported problematic daytime sleepiness, but they did not meet PSG and MSLT criteria for NT1, NT2, or IH. Participants with chronic medical conditions (including neurologic, respiratory, genetic, or immunological) that could explain hypersomnolence were excluded from this study.

We analyzed nocturnal PSG data for 124 pediatric participants evaluated for hypersomnia including 48 subjectively sleepy controls, 46 with NT1, 12 with NT2, and 18 with IH (Table 1). The patients’ mean age was 13.7 (3.6) years. Demographics were similar across groups with the exception of the IH group which was older and predominantly female and the NT1 group which had a higher BMI. Several different races/ethnicities were represented. However, the majority of the participants were Caucasian, and small sample sizes for other races/ethnicities limited our power to determine race/ethnicity effects. Mean sleep duration on nocturnal PSG was 9.1 (1.6) hours and ranged from 5.6 to 19.6 hours (the latter being an extended PSG for the patient with IH noted above).