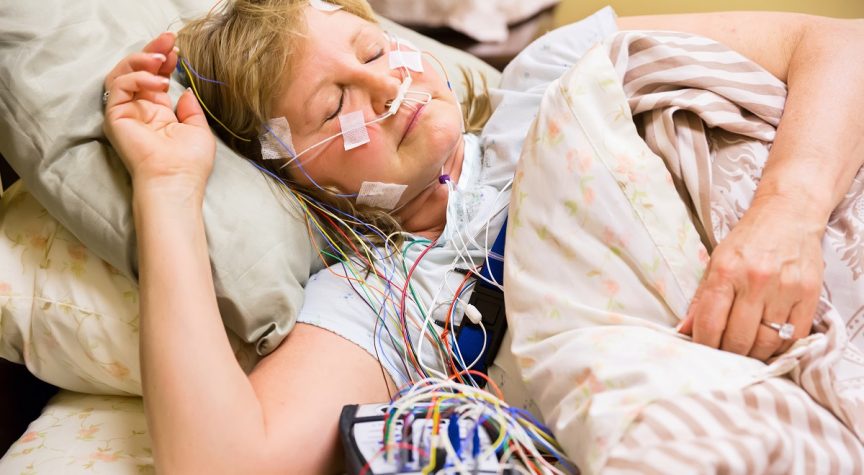 A multiple sleep latency test (MSLT) with occurrence of sleep onset REM periods (SOREMP) is considered one of the central diagnostic criteria for narcolepsy according to the International Classification of Sleep Disorders, but its sensitivity and specificity have been questioned. This study aims to describe MSLT and polysomnography (PSG) findings, including frequency and distribution of SOREMP during the day, in a large cohort of patients with central disorders of hypersomnolence (CDH). We retrospectively analyzed electrophysiological data from MSLT and PSG in 370 consecutive patients with narcolepsy type 1 (NT1, n = 97), type 2 (NT2, n = 31), idiopathic hypersomnia (IH, n = 48), nonorganic hypersomnia (NOH, n = 116) and insufficient sleep syndrome (ISS, n = 78). NT1 and NT2 patients had a significantly shorter mean Sleep Latency (mSL) and REM-Latency (REML) in MSLT and PSG. SOREMP occurred more frequently in narcoleptic vs. non-narcoleptic patients in MSLT and PSG. Occurrence of 3 or more SOREMP in MSLT and a SOREMP in PSG had a very high specificity and positive predictive value (98%/96% and 100% respectively), however relatively low sensitivity (65% and 45% respectively). NT1 more than NT2 patients have shorter mSL and more frequent SOREMP in MSLT and shorter SL as well as REML during nocturnal PSG. Increasing numbers of SOREMP in MSLT and especially SOREMP during PSG increase specificity on the expense of sensitivity in diagnosing narcolepsy. Therefore, frequency of SOREMP in MSLT naps and PSG can help to discriminate but not clearly separate narcoleptic from non-narcoleptic patients.